Wunderbar Together: Brewing Business Diplomacy between Fort Worth and Trier

Increasingly, business partnerships between sister cities are strengthening international business ties and economic development. US-German sister cities Fort Worth and Trier have partnered on a Wild Acre Kraft Haus beer, combining elements from each culture, and are poised to advise other Fort Worth companies on how to establish global partnerships. Fort Worth Sister Cities’ international business collaboration ultimately won the Innovation in Business and Trade Award from Sister Cities International at the 2019 Houston conference.

For more information on Fort Worth Sister Cities:

SCI: Could you tell me a bit more about the partnership and programs between Fort Worth and Trier, including exchanges? How have the programs developed, and how can they continue to expand to address global challenges on a local scale?

Since Fort Worth and Trier became Sister Cities in 1987, joint efforts have sparked diverse and bountiful exchanges for hundreds of people, including annual student exchanges and an active intern program between the two cities.

Most recently, Fort Worth welcomed 52 visitors from Trier including Lord Mayor Wolfram Leibe, his staff, and the official marching band of Trier the Stadtgarde Augusta Trevororum to celebrate 30 years of partnership. To kick off the 30th anniversary celebrations, Fort Worth sent a delegation to Trier to experience the seasonal Christkindl markets.

In addition to cultural exchanges, Fort Worth and Trier also engage in economic exchanges. In September 2018, Fort Worth brewery Wild Acre and Trier brewery Kraft Bräu collaborated to produce a beer in Fort Worth that was debuted at Fort Worth’s Oktoberfest celebration. Earlier in 2018, Fort Worth Sister Cities facilitated meetings with German winemakers and wine distributors in Texas to grow the city’s international business opportunities.

Arts and education exchanges are also a part of our programs. Earlier this year, we hosted Martin Bambauer, concert organist and Director of Music at the Basilica of Constantine in Trier, Germany, for a performance in Fort Worth. We facilitate internships for German students in Fort Worth and vice versa. Locally, the Trier Committee meets quarterly to talk about German culture and plan future events. Oktoberfest Fort Worth is held annually with volunteers from Sister Cities and has grown to be one of Fort Worth’s most popular festivals. 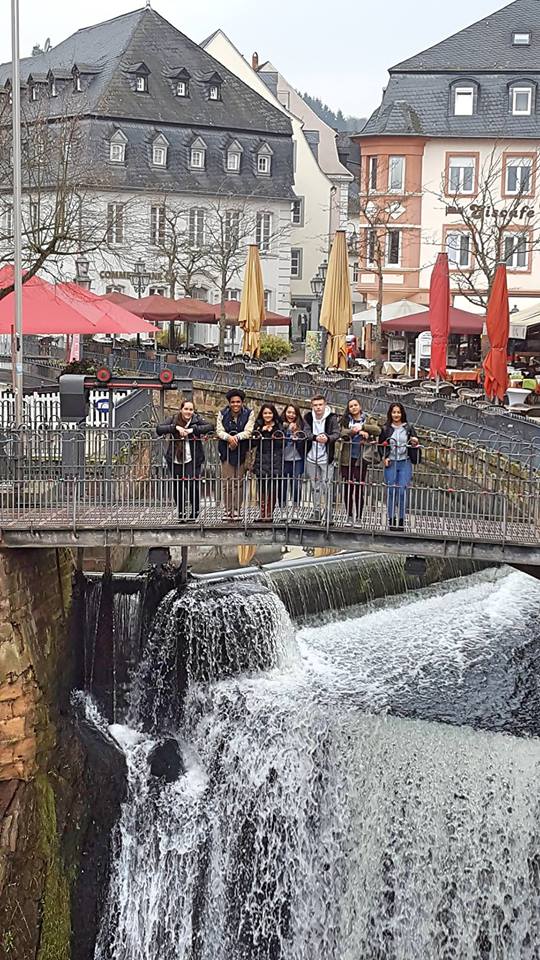 SCI: I understand that your cities organize annual youth exchanges and also an internship program! Can
you tell us a bit more about these programs? How do they help to shape and strengthen Americans’
connection to Germany?

Every year we send about 15-20 high school students to Trier, Germany with 1 or 2 teachers as chaperones. While there, they are hosted by a local high school and stay with host families. The goal is to increase students’ cultural empathy by visiting Trier, staying with host families, discovering local history, culture and gaining a better understanding of their partners’ daily lives and the German educational system while having fun! In turn, we host  high school students from Trier here in Fort Worth through a partnership with a local high school.

Another annual youth program that involves Trier is the International Leadership Academy. Every summer, high school students from all our Sister Cities come to Fort Worth for a two-week leadership forum. Participants stay in dorms together and engage in team-building activities surrounding the year’s theme while learning about each other’s cultures.

For the past two years, we have also been able to facilitate an internship with a young professional from Trier and Fort Worth’s City Manager’s office. The purpose of the internship is to have exposure to how the City of Fort Worth conducts day-to-day operations of the city and to learn best practices of what our city does well. The idea is to apply those best practices to the city of Trier, Germany.

SCI: Do you have a particular anecdote, a lesson, or an experience that shows the meaning of these exchanges, including any lasting friendships/ties formed?

We are very proud of a recent exchange with Trier because we received the Innovation in Business and Trade Award from Sister Cities International at the Annual Conference in Houston this past summer in recognition of a beer collaboration exchange. 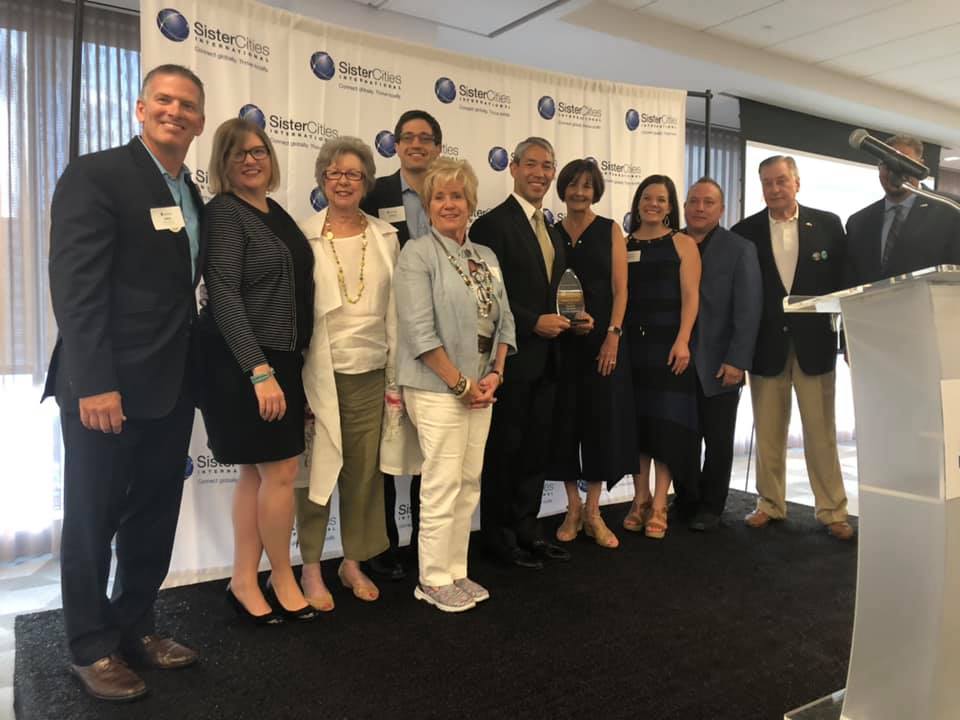 In the fall of 2018, Fort Worth Sister Cities International, Wild Acre Brewing Co. and the city of Trier, Germany partnered to introduce the first-ever collaborative beer at the 5th annual Oktoberfest in Fort Worth. The brewmaster from German-based Kraft Bräu brewery in Trier attended and tapped the keg of the collaborative beer called Wild Acre Kraft Haus Lager.

The goal of the beer project was to encourage and grow business opportunities between Trier, Germany and Fort Worth, Texas. With the craft beer industry growing in both cities, Christian Luxem, director of Trier’s Business Development Council, envisioned this “Bier project” – the opportunity for a craft beer collaboration that could provide an international idea and product exchanges.

The recipe for Wild Acre Kraft Haus was developed by Trier-based Kraft Bräu brewery and brewed by Wild Acre Brewing Co. in Fort Worth. The two brewmasters stayed in constant contact for months to ensure the beer was brewed in Fort Worth but stayed true to the German taste and standards. The beer is 5.3% ABV and combines traditional German lager brewing techniques, and some American hop varietals to blend the two cultures in the form of a hoppy lager.

The two breweries were able to connect and share ideas on exchange and commerce. They were able to showcase the Fort Worth Sister Cities partnership with Trier through news and media with a press release, eblast, news coverage and recognition at the two special events (reception at Wild Acre Brewing Co. and Fort Wurst, a 3-day festival in Fort Worth). The addition of the beer collaboration to Fort Wurst added an authentic component to the event.

This was an important first step to standardizing business exchanges to and from Fort Worth. With this experience, Fort Worth Sister Cities can better advise other companies on how to set up a plan to maximize global sales and establish potential partnerships.

Through the beer collaboration, an easy way to create brand recognition and sales of products was created. Exporting a lager from Germany to the US is a costly process and there are many hurdles you must overcome but exchanging recipes between breweries was easy. Being able to promote the product alongside a partner’s brand reached new markets the German brewery could not be able to access. This collaboration also created interest in Fort Worth to visit our sister city of Trier, creating even more potential for citizen diplomacy activities.

Reciprocally, one of Wild Acre’s own crafts will be showcased in Germany at The Trier Bier Festival. Fort Worth will also be sending a group there to taste some of Fort Worth’s finest beer in Trier.

SCI: In your experience, how does the citizen diplomacy and information exchange facilitated through this partnership build mutual respect, understanding, and cooperation?

Exchange of culture and information for Americans and Germans yields incredible results. There are many benefits involved. Our students gain understanding and mutual respect though regular contact and interaction, and they learn American and German teenagers share many commonalities. The adults gain an appreciation for the German culture, the people, and day to day German life. Stereotypes about Germans and Americans are eliminated through the interaction and exchange.